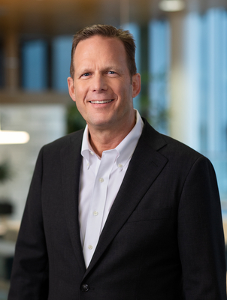 Konecranes in an iconic global industrial company with an impressive heritage and an exciting future. I am proud and delighted to lead the company as its President and CEO. After spending a good amount of time getting to know the company and many of its leaders in the months preceding my official start this week, I’m increasingly enthusiastic about Konecranes, its exceptional qualities, its talented people and its potential. That said, a lot of work lies ahead of us. Together with the leadership team, I look forward to sharing our plans on what’s next for Konecranes at our Capital Markets Day, which we plan to host in Helsinki on June 11.

I will now move on to our financial performance in the fourth quarter. On the Group level, we finished 2019 in line with our expectations. In full-year 2019, Group sales grew 5.4 percent and the Group adjusted EBITA margin finished at 8.3 percent, improving from the previous year. However, the performance between our three business areas varied significantly.

Business Area Service recorded a solid end to the year. In Q4, the annual value of the agreement base grew 8.2 percent year-on-year on a comparable currency basis. That said, lower demand for retrofits and modernizations continued to weigh on order intake, which fell 1.2 percent in comparable currencies versus the year-ago quarter. A clear bright spot was Service’s adjusted EBITA margin, which improved to 18.0 percent in Q4, up 1.4 pps from the previous year. In full-year 2019, the adjusted EBITA margin improved by 1.5 pps to 16.6 percent. While we expect margin expansion to continue in 2020, the improvement will likely come at a slower rate compared to 2019, largely as we continue to invest in growth and expect no further mix improvement this year.

Business Area Port Solutions also continued to perform well in Q4. We received a strategically important order for 18 Automated Rubber Tired Gantry Cranes (ARTG) from Turkey-based Yilport Holding, marking our first ARTG projects in Europe. The deal is the largest ARTG order in the Western hemisphere to date, and covers altogether three terminals, one in Sweden and two in Portugal. Automated RTG operation is coming of age in Europe, and Konecranes is driving that development.

In the full-year, order intake in Port Solutions increased nearly 5 percent in comparable currencies. That said, despite the milestone ARTG contract and some other good orders in Q4, order intake fell by a third in the quarter, as the large Khalifa Port order received last year made the comparison period particularly tough. On a comparable currency basis, sales increased 4.8 percent in the quarter and the adjusted EBITA margin improved to 9.9 percent, primarily due to good project execution. Going into 2020, we expect Port Solutions’ margin performance to remain approximately flat compared to full-year 2019.

Business Area Industrial Equipment continued to struggle in the quarter. While we have all the key ingredients in place for the business’ sustained long-term success – including industry-leading technology and a strong market position in most key geographies – more work is still needed to get the business to the profitability level we expect from it.

In Q4, the adjusted EBITA margin in Industrial Equipment was weighed by some process crane projects. In addition, the performance of Industrial Equipment continued to be affected by the ongoing manufacturing footprint optimization in Vernouillet, France and Wetter, Germany. The national strikes in Finland also played a role, affecting our crane deliveries in the quarter.

Entering 2020, we expect the full-year adjusted EBITA margin in Industrial Equipment to clearly improve versus full-year 2019. Starting from Q1 2020, we no longer have production in Vernouillet, meaning that the site is not expected to weigh on our adjusted results prior to its closing later during the first half. In Wetter, however, we expect the ongoing initiatives to continue to carry costs until the end of the third quarter 2020.

As we continue to drive further efficiencies throughout the company, we are simultaneously shifting our gears towards profitable growth. As a part of ensuring the best building blocks for the next phase in Konecranes’ journey, we acquired the other 50 percent of our MHE-Demag Asian joint venture in the beginning of 2020. The acquisition allows us to expand our footprint in strategically important and fast-growing South East Asia, increasing our sales in Asia Pacific by approximately 30 percent. The acquisition will also bring greater balance to Konecranes’ regional sales structure and enable us to target total annual synergies of approximately EUR 10 million at EBITA level by 2022.

Looking at the year ahead, after a period of deteriorating macroeconomic conditions, our overall demand environment is showing signs of stabilization. Including MHE-Demag, we expect sales growth of between 7-10 percent and an improvement in the adjusted EBITA margin in 2020 compared to 2019, as stated in our financial guidance for the year.