Vahterus speeds up operations with Agilon

Vahterus, located in Kalanti, Southwest Finland, has been growing rapidly over the years by investing in innovation for its operations. Founded in 1990, the company manufactures heat exchanger solutions for the process and chemical industries, cryogenics, as well as the oil and gas industries. The company’s products are used in over 50 countries. Exports account for over 90% of its turnover.

Vahterus invested in an Agilon service concept from Konecranes in December 2013. It consisted of an 8-meter-long and 5.6-meter-high Agilon system with one robot and one access point. This system was installed in its production facilities to store small components needed in production.

In February 2018, the system was extended by three modules, making it 14 meters long and creating 192 meters more storage space, yet only taking up 10 square meters of floor area. Additionally, another robot and access point were added. In May 2018, an access card reader was installed as a new way to log in, along with signing in using fingerprint and PIN codes.

Agilon is comprised of a web-based portal and the system itself, which includes shelving, user access points and robots moving between the shelves. A fixed monthly payment covers the system and a maintenance contract, including software, remote technical support, maintenance and spare parts.

Years ago, when Vahterus decided to improve its warehouse management process, no other options were even mapped out, according to Technology Manager, Paavo Pitkänen.

“At the time,” he says, “Agilon was a new concept, which we were interested in from the beginning. Our decision to extend the system was due to needing more shelf space and wanting to add working materials, such as gloves and abrasive discs to our warehouse management system. Now, we know what the inventory on hand for each item should be and can use automatic ordering when items exceed a specific low threshold.”

Most external suppliers of Vahterus were integrated to the system when it was extended in February 2018. Today, Agilon can just send delivery notification to the supplier’s order system when low inventory thresholds are surpassed. When the suppliers deliver orders, they insert the items straight into Agilon, instead of placing them on shelves as before. 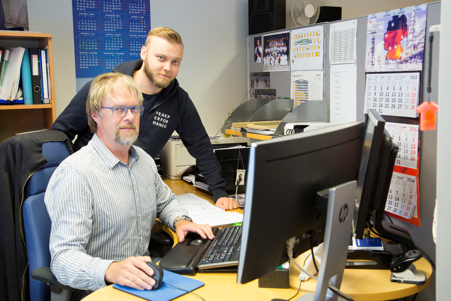 “When items are always available, production doesn’t have to wait around for parts. The system takes care of inventory. There is no shortage in supply when thresholds are set right. Plus, we believe our expenditure on working materials will also decrease,” Pitkänen emphasizes.

Adjustable according to user needs

Agilon is mainly used by Vahterus’ production and warehouse employees and collectors.  The main user is Niina Nieminen, whose daily work is centered around the system.

“I collect items using Agilon and move them to different workstations so that our welders can begin their work straight away. The Agilon portal is located conveniently at my workstation so that I can pre-pick needed items right from Agilon’s access point. The second robot has speeded up operations noticeably,” she says. 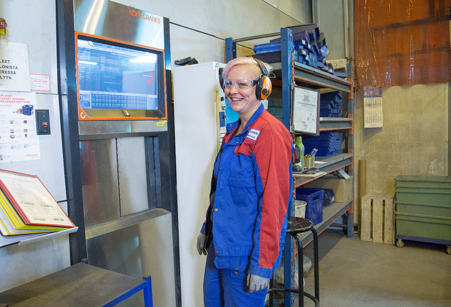 According to Nieminen, storage workers especially appreciate automatic item quantity tracking, as it eases inventory management and material handling. Agilon users are constantly thinking of new ways the system might support their work even better. It has already been modified based on their input. For example, signing into Agilon has been made even easier, as it is now possible with an access card, in addition to fingerprint and PIN code logins.

Another system in consideration

Vahterus’ satisfaction with the system and the benefits that it offers them can be easily seen, since the company is considering acquiring a new system at another factory site in Kalanti.

“Agilon fits our needs well, and I have recommended it to guests who have visited us,” Paavo Pitkänen sums up, when asked about the company’s experience with this innovative material inventory and management solution.

Learn how Agilon has revolutionized material handling for our customers 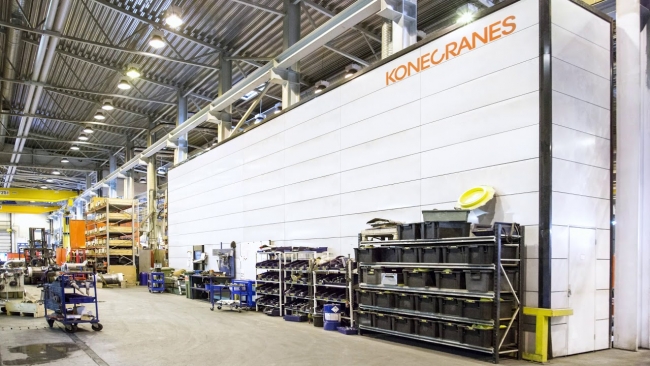