In 1995, Konecranes made their first sale of Rubber-Tired Gantry (RTG) cranes: the Georgia Ports Authority (GPA) bought four Konecranes RTGs for its Garden City Terminal in Savannah, Georgia, USA. These cranes are still operating today, and when its latest orders have been filled, the GPA will have a fleet of 192 RTGs and 38 ship-to-shore (STS) cranes from Konecranes that form the backbone of port operations at the single biggest container terminal in America.

A new way of lifting

Konecranes officially became an independent business entity when they separated from elevator manufacturer KONE in 1994.

As a new company, the first task was to set up the product line. KONE had already been offering harbor equipment like STS cranes to customers for some time, and Konecranes would continue with those. But how could Konecranes get attention as a new container crane vendor on the market? They would have to present innovations that really added value.

The answer was the world’s first diesel RTG with an all-electric AC drive system.

Already on the market for nearly 30 years, RTGs were in high demand to work in container yards, lifting with a combination of DC drives, DC motors, hydraulics and diesel engines. Now, Konecranes offered a diesel crane with lifting mechanics powered by an electric AC drive and no hydraulics on the hoist or the wheels, only on the spreader. This design reduced the stress on components, which decreased the amount of maintenance required, and with a smaller fuel bill, lowered running costs.

An electric solution also gave an opportunity to install, for the very first time, the Konecranes Active Load Control (ALC) system, which eliminates container sway. Ever since, ALC has been a part of many Konecranes products, a feature much appreciated by customers. 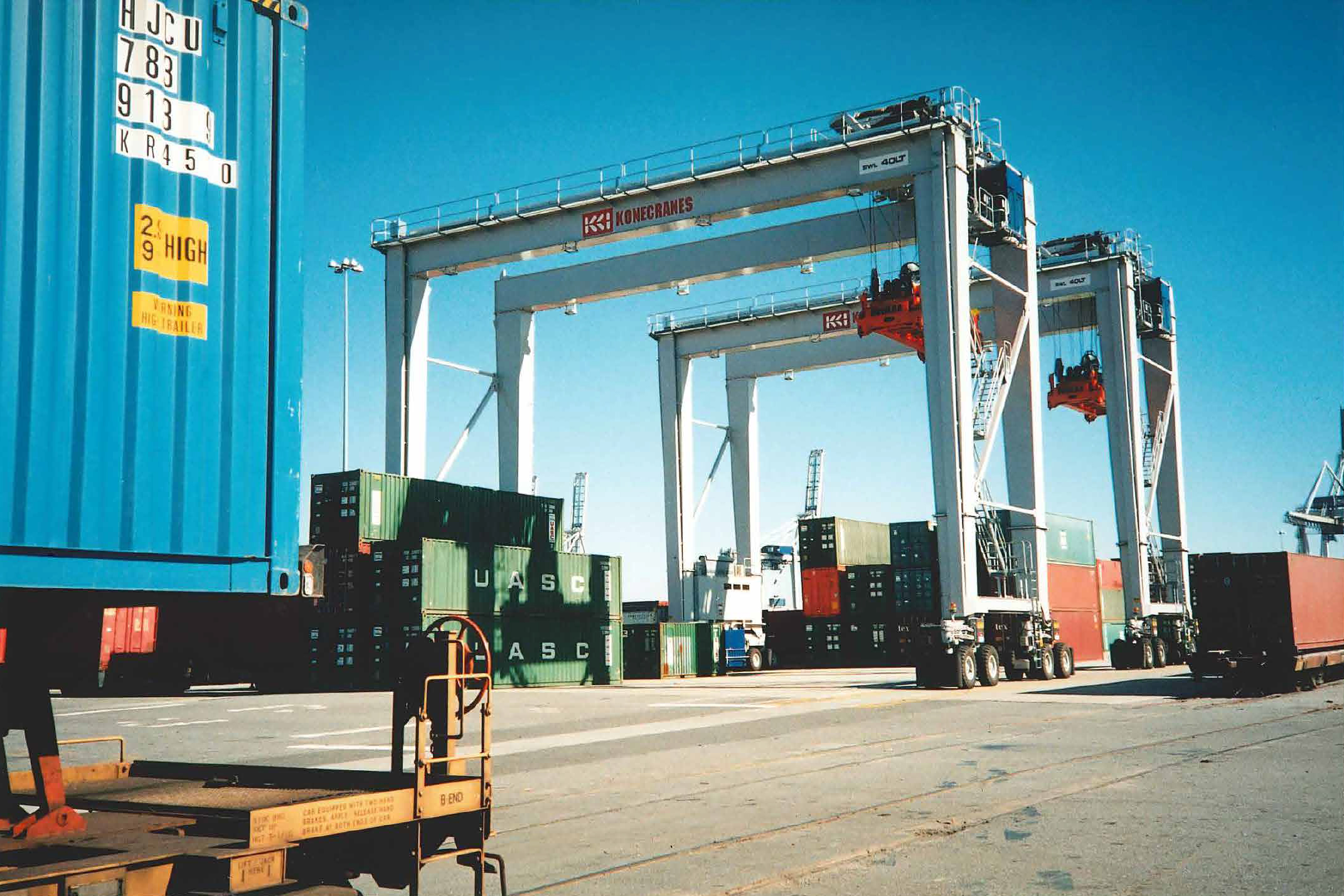 s right to modernize and expand. After widening the harbor, it asked crane vendors to submit tenders for RTGs.

The GPA decided to take a risk with this new Nordic crane company, Konecranes. In 1995, Konecranes made its very first sale of RTGs when the GPA bought four of them.

“Konecranes’ bid stood out from the others because they were the only company that offered a diesel-electric all-AC-drive RTG with the new ALC innovation and 16 wheels, rather than the usual eight,” says Paul Harkness, Director of Crane Maintenance, GPA. “Also, we’d already had KONE STS cranes for a couple of years, and they were performing very well. We expected the same high quality.”

The whole container handling world was watching as the new RTGs from the new crane company went into operation at the Garden City Terminal. As with a lot of innovative technology, they were greeted with skepticism. Could the diesel-powered RTG with an electric AC drive provide enough force, speed, safety and accuracy?

It was three years before the GPA was ready to buy their next Konecranes RTGs, but by that time, the machines had more than proved themselves. So, in 1998, as the yard expanded again, their second order consisted of two more of the same RTGs. As trade rapidly increased in the early 2000s, the reputation of the terminal grew, and the large available space in combination with a reliable infrastructure and excellent interstate multimodal connections made Savannah a very attractive place to do container handling business.

Over almost three decades of working with Konecranes, the GPA now has 172 RTGs and 30 STS cranes from Konecranes at their 1,345-acre (544.3-hectare) terminal and current orders will increase the number of RTGs to 192 and the number of STSs to 38.  And those first four cranes are still delivering high performance.

How can a crane last so long?

Every container crane owner knows the importance of proper maintenance. No matter how well a crane is designed, its components will wear with use, and eventually they need to be adjusted or replaced.

Secondly, there’s more than just maintenance to crane longevity. RTG technology has developed a lot since the 1990s. New RTGs include a wide range of features to make them safer and even more productive, and older models can be retrofitted with modern technology that didn’t exist when they were manufactured. This improves their handling, performance and reliability to make them equivalent to the latest generation of Konecranes RTGs. Their modular design makes retrofits easy to install. 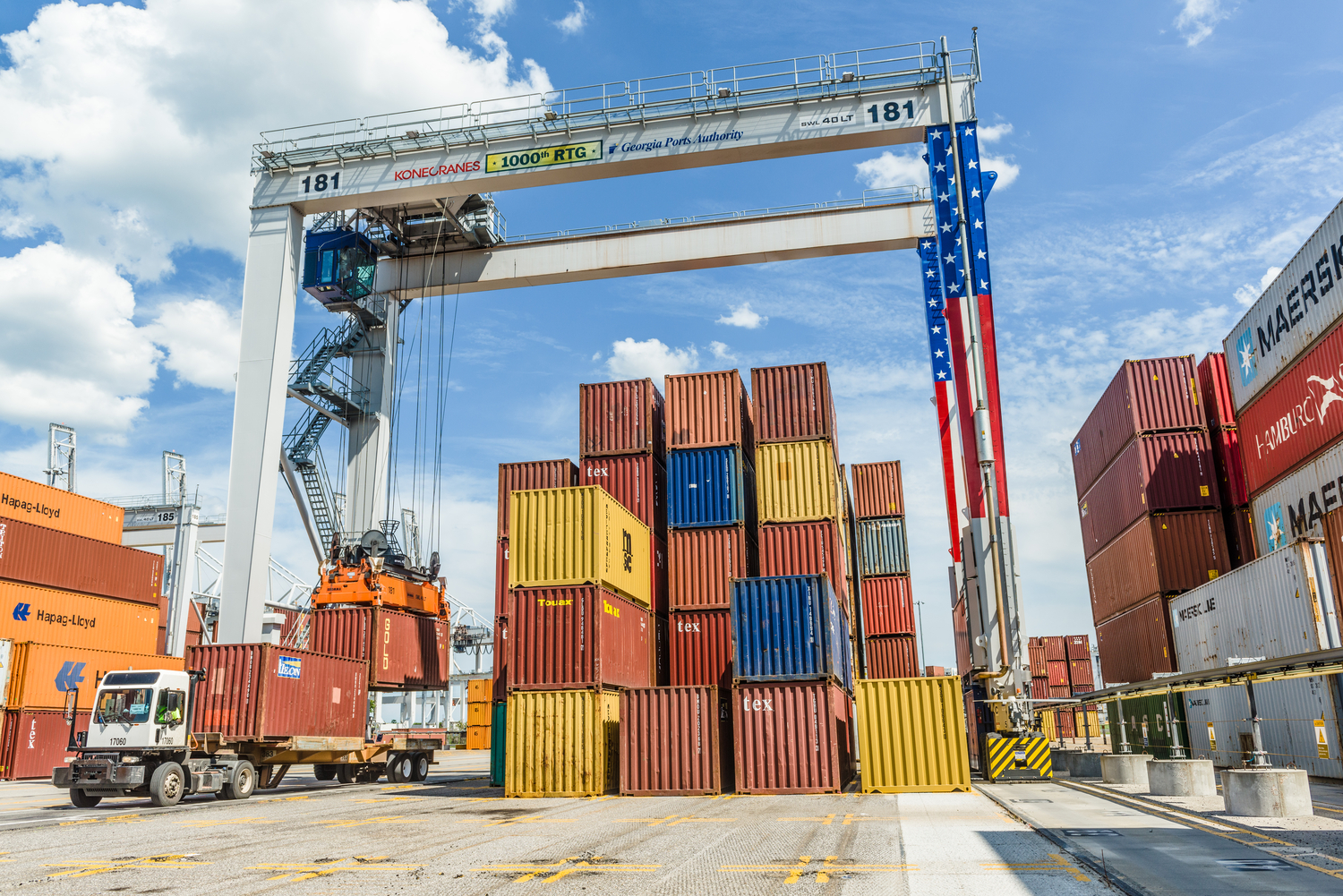 The first RTGs at Savannah used electricity to lift and move loads but drove on a fixed-speed diesel engine. Over time, they’ve been retrofitted to follow Tier 2, 3, and the current regulation Tier 4 and utilize variable speed control to greatly reduce fuel consumption and associated local emissions.

In addition, the early Konecranes RTGs in Savannah lifted containers 1-over-4 in height, but as business grew rapidly, a larger volume of throughput required higher stacks, so the GPA opted for a retrofit to extend their height to 1-over-5. Their newest RTGs lift containers 1-over-6, but this will be the upper limit.

The GPA has been impressed with the strength and durability of its Konecranes equipment. In more than 25 years of operation, through heavy daily use, all kinds of weather, and varying yard conditions, not a single structural fatigue crack has appeared in the frame of any one of its many RTGs – or any of the other Konecranes cranes on-site, for that matter.

With good design, proper maintenance and regularly upgraded technology, a crane can last for decades. Konecranes and the GPA have proved it.

Sometimes the new technical improvements to RTGs started as feedback from the GPA and were implemented first at Savannah before becoming standard. For example, operators’ comments have led to improved visibility in the cabin, more ergonomic controls, and better safety as they have used the cranes on a daily basis. It’s a system of continuous development that cycles between the GPA and Konecranes. 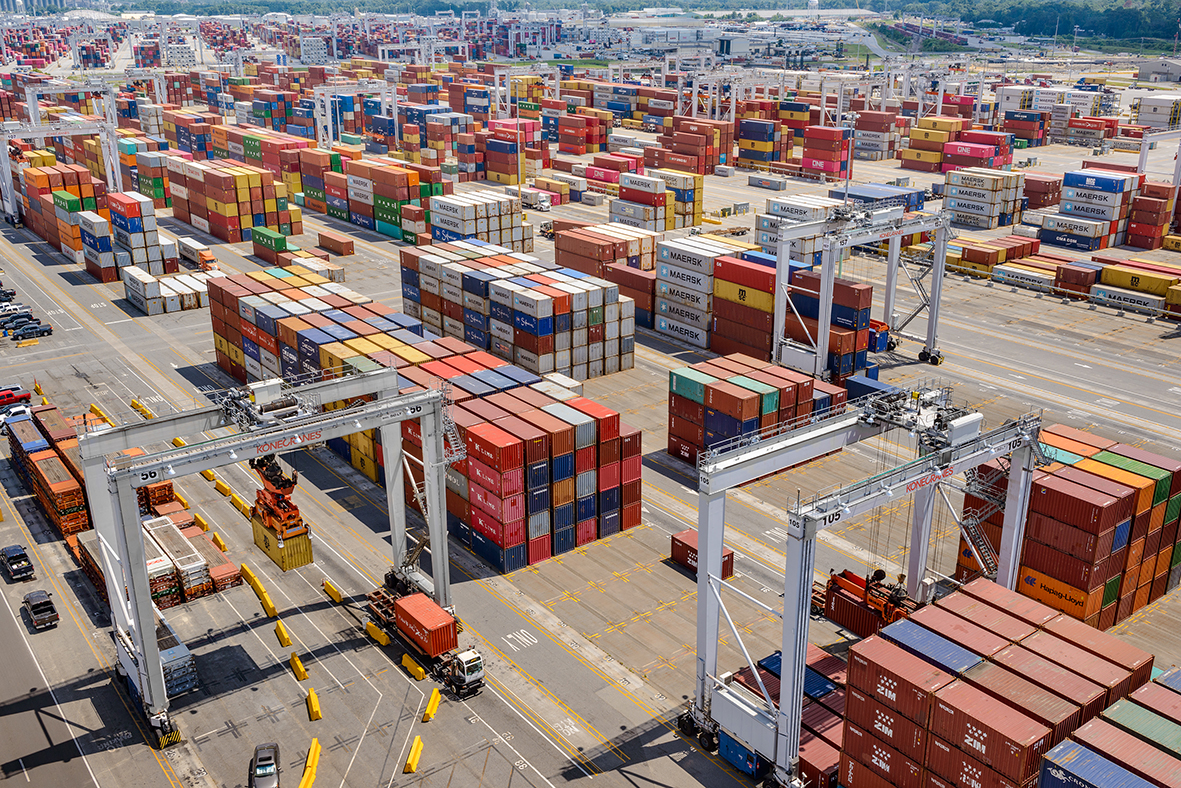 “But even with all the great engineering, the best thing about Konecranes is the people,” continues Mr. Harkness. “It’s a unique partnership, full of real trust developed over many years. We never refer to the equipment as GPA’s, or Konecranes’, but ‘ours’. Everything we do is a collaborative effort, and every order builds on the last one. Konecranes takes us seriously.”

“We have the same values,” says Jussi Suhonen, Sales Director, Port Solutions, Konecranes. “The best way to work with any customer is to ask them what they want and deliver that. If it’s important for them, it’s important for us.”

That the oldest Konecranes RTGs are still working more than nearly 30 years later is testament to the high quality of their design, structure and components, and the guiding principle of lowest cost of ownership. It also clearly demonstrates the strong mutual commitment that Konecranes brings out in all their customer relationships. It all started with this one, which continues to this day.