Today everybody knows what a carbon “footprint” is, at a global level and personal level. Reducing our carbon footprint is in everybody’s interest. Konecranes is reducing its own carbon footprint in many different ways – by running our manufacturing operations with renewable electricity, for example. Our goal is that all of our factories will run on renewable electricity by the end of 2025.

If decreasing our carbon footprint is one side of the coin, then increasing our handprint is the other side of the coin. Our handprint is the good we can do, by increasing the eco-efficiency of the products and services that we deliver to our customers. This is a never-ending mission, and we’ve been doing it for a long time with Powered by Ecolifting.

At Konecranes we know that there’s always more that we can do. When one eco-efficiency milestone is reached, another is revealed. Let’s put our handprints together and see what happens.

Discover the widest and deepest offering in container handling 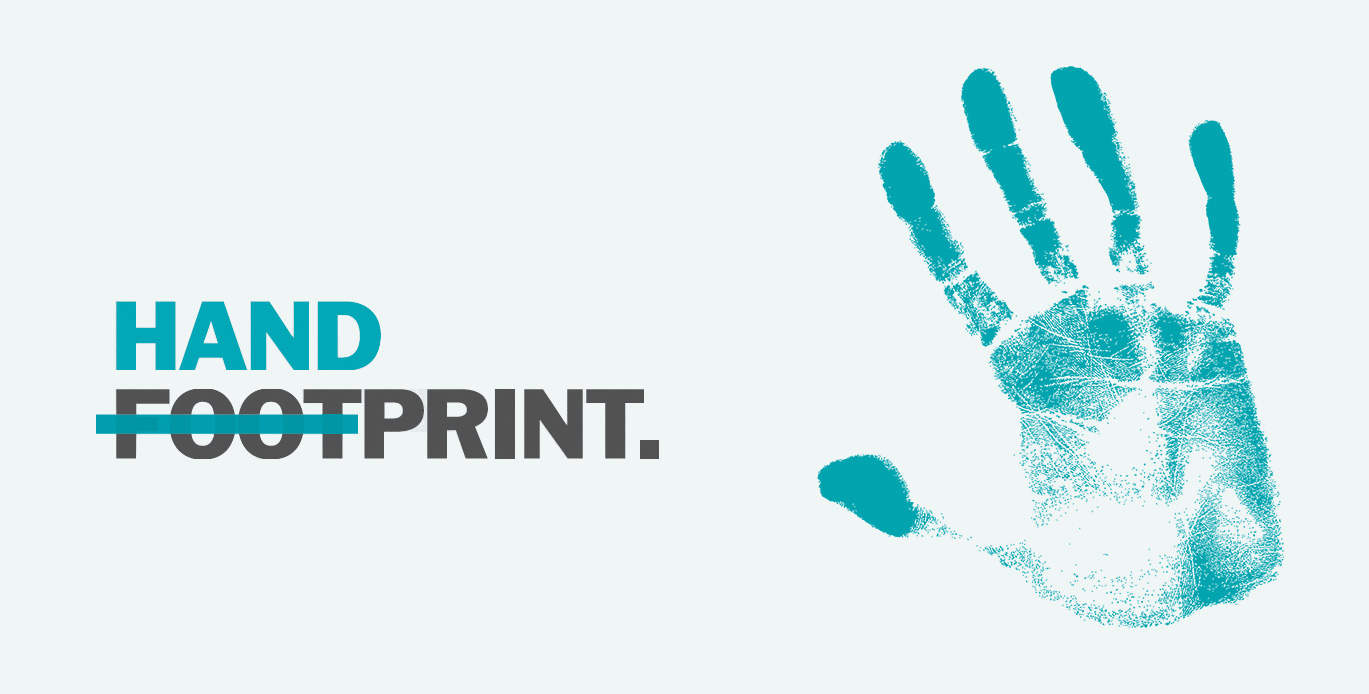 There’s a new beast on the bayou

In early 2000, a Konecranes sales manager was scouting around Louisiana in the USA for new business. On the Mississippi River, he noticed that there was a big need for new bulk handling equipment that could be maneuvered on the water. The existing equipment was old and inefficient. An idea came to him: our existing mobile harbor crane concept could be placed on barges, making something uniquely suited to the region – like the alligator. On his next visit to the mobile harbor crane technology center in Germany, he put his idea in front of the engineering team. They were excited by the engineering challenge. They went to the drawing board and came up with initial drawings that married the mobile harbor crane concept and a floating barge. They had developed a special pedestal to put between the crane and the floating barge, making the marriage a happy one.

The sales manager took the drawings and showed them to several potential customers on the Mississippi River. There was interest. One Louisiana stevedoring company was especially interested, and agreed to develop a “crane on barge” prototype with Konecranes. The parties agreed to share the work, with the customer taking responsibility for the barge and Konecranes taking responsibility for the crane and pedestal. Both parties would take their equipment back without blaming each other if the concept did not work as expected.

It did work as expected, and better. That first customer ordered more and more Konecranes Gottwald cranes on barges to cope with their growing bulk handling needs. The new cranes provided very efficient bulk handling in “mid-stream” applications such as trans-shipping coal, fertilizer and the like from ocean-going vessels to Mississippi River barges. Other stevedoring companies in the region noticed, and began to purchase cranes on barges. Today, around 20 cranes on barges are working on the lower Mississippi River. They are familiar landmarks over the low-lying South Louisiana landscape. Konecranes has also delivered an “open-sea gator” version: over 10 Konecranes Gottwald cranes on barges are working in the open sea around the world. 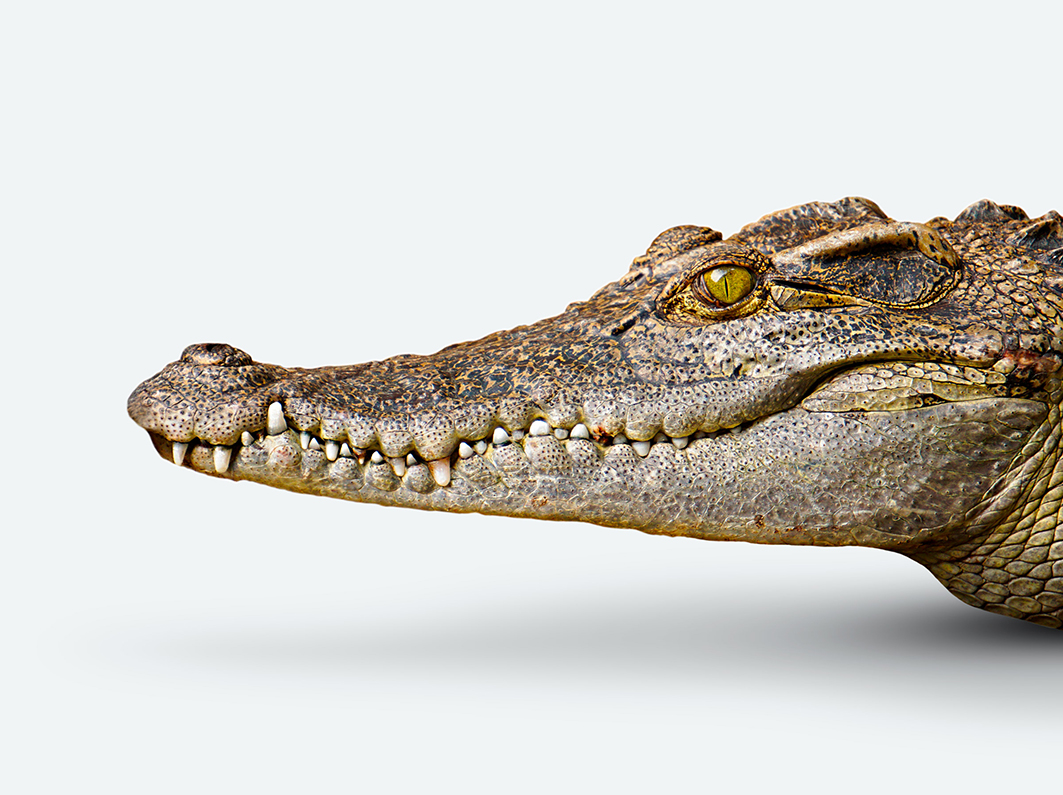 In gears we trust

The Core of Lifting is the heart of almost every crane product that Konecranes makes. It’s the package of motor, gear reducer and control system that is the foundation of the crane’s performance. Konecranes designs and manufactures these key components in-house, specifically for cranes and lifting motions. We also design the interaction between the key components and the software, as a whole, specifically for lifting.

We put in the extra effort, and have been doing so since around 1930, because we believe that deep expertise in special technologies is what makes Konecranes products stand out. For you as a customer, it means that you get the right crane. Also for your wallet.

Discover more about Core of Lifting 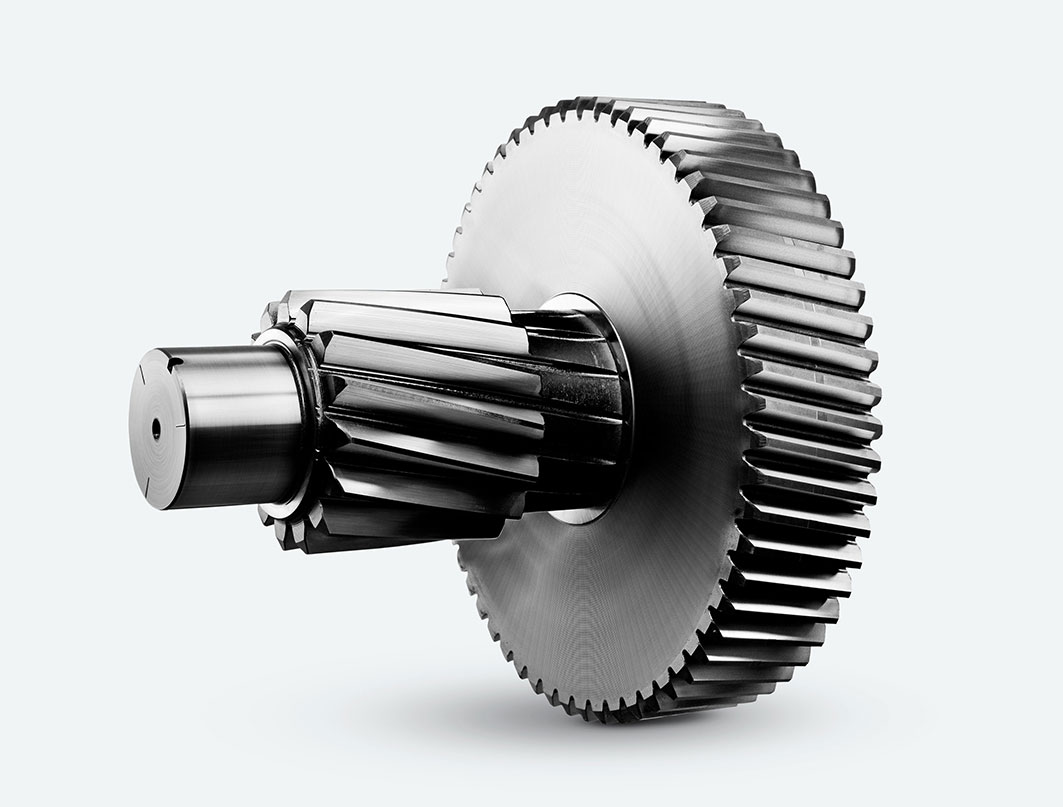 They called...
...to order more RTGs. Over 140 to date. Times have changed. Our legal department probably wouldn’t let us give such a guarantee anymore. What hasn’t changed is that our original RTG concept is still the industry standard for productivity and reliability.

Find out who the customer was and read the whole story 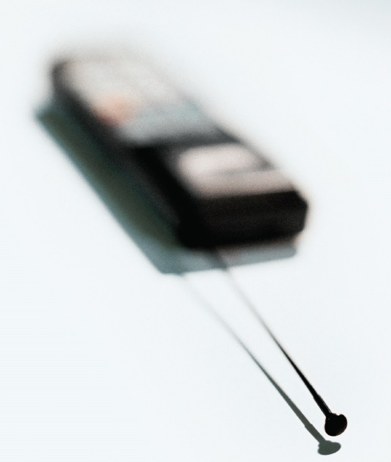 Some years ago, one of our automation engineers got tired of climbing up and down our automated RMG cranes to calibrate their machine vision equipment. The calibration process was cumbersome. It required a plumb bob laser to project the trolley laser locations on the ground. The cranes were at a customer terminal located close to the Equator, so the strong sun made the laser spot very difficult to detect during the day. So the calibration work was done in the dark. Then a movable reflector structure had to be placed directly below the laser used to configure the laser rotation. The calibration work had to be done from a manlift in part, because some of the lasers weren’t accessible otherwise. Moreover, someone had to be at ground level at the same time with a laser detector to see where the trolley lasers were pointing to. Then this person guided the person in the manlift to adjust the angle, iteration after iteration, until it was done right.

What a hassle. Our engineer had a flash of genius. He moved the lasers down to the spreaders where they would be closer to the action, and easily reachable at ground level. But he didn’t stop there. He even found a way to eliminate the time-consuming and exhausting calibration process altogether – and, with it, the downtime it causes. Everybody was happier, the customer especially.

Discover the advantages of the Konecranes ARTG system 2.0

As the name suggests, sprinter carriers are driven hard, fast and long around the container terminal. Konecranes Noell Straddle Carriers, including Sprinter Carriers, are the most robust and maneuverable on the market. This was much appreciated by the sprinter carrier driver who ran into a flat rack someone had left lying around on the terminal ground. One wheel was lost, but with five wheels still rolling, the sprinter carrier stayed upright, saving the driver from injury.

All safety functions on Konecranes Noell straddle carriers are backed-up within our CREON-S system. This system is based on an automotive architecture, providing high reliability and compliance with all relevant safety standards. It has an integrated safety Programmable Logic Controller (PLC) configured in accordance with DIN EN ISO 13849-1. 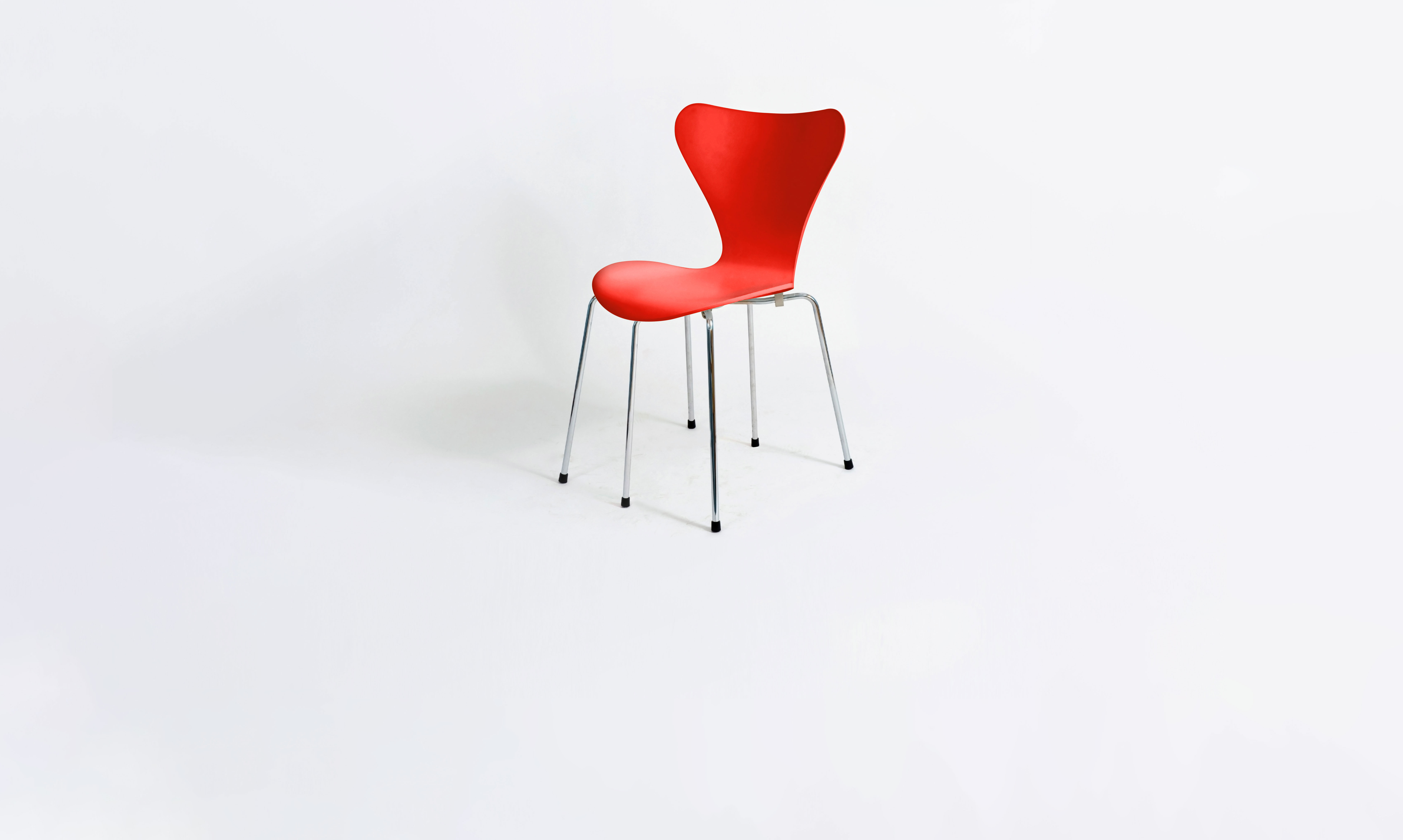 We go to great lengths to keep our customers happy.

Paco, one of our intrepid service technicians, had a lift truck repair job waiting to be done in the Port of Cayenne, French Guyana. He flew from Buenos Aires to São Paulo, and just managed to catch his connection to Belem in northern Brazil. Then the Amazonian jungle swallowed him and a hair-raising weekend began, with Paco navigating down rivers in boats hardly bigger than a canoe. But he was getting close to his destination

And the spider? When Paco finally reached Cayenne, he gratefully went to his hotel, where he had a quite charming bungalow right at the edge of the jungle. Going to bed, he pulled back the sheets and to his horror a huge spider jumped out and ran underneath one of the pillows. Not much scares Paco, but he’s phobic to spiders. Luckily, there was a smaller bed in the bungalow that wasn’t inhabited by spiders. Paco slept there, and he got the job done, starting early the next morning. 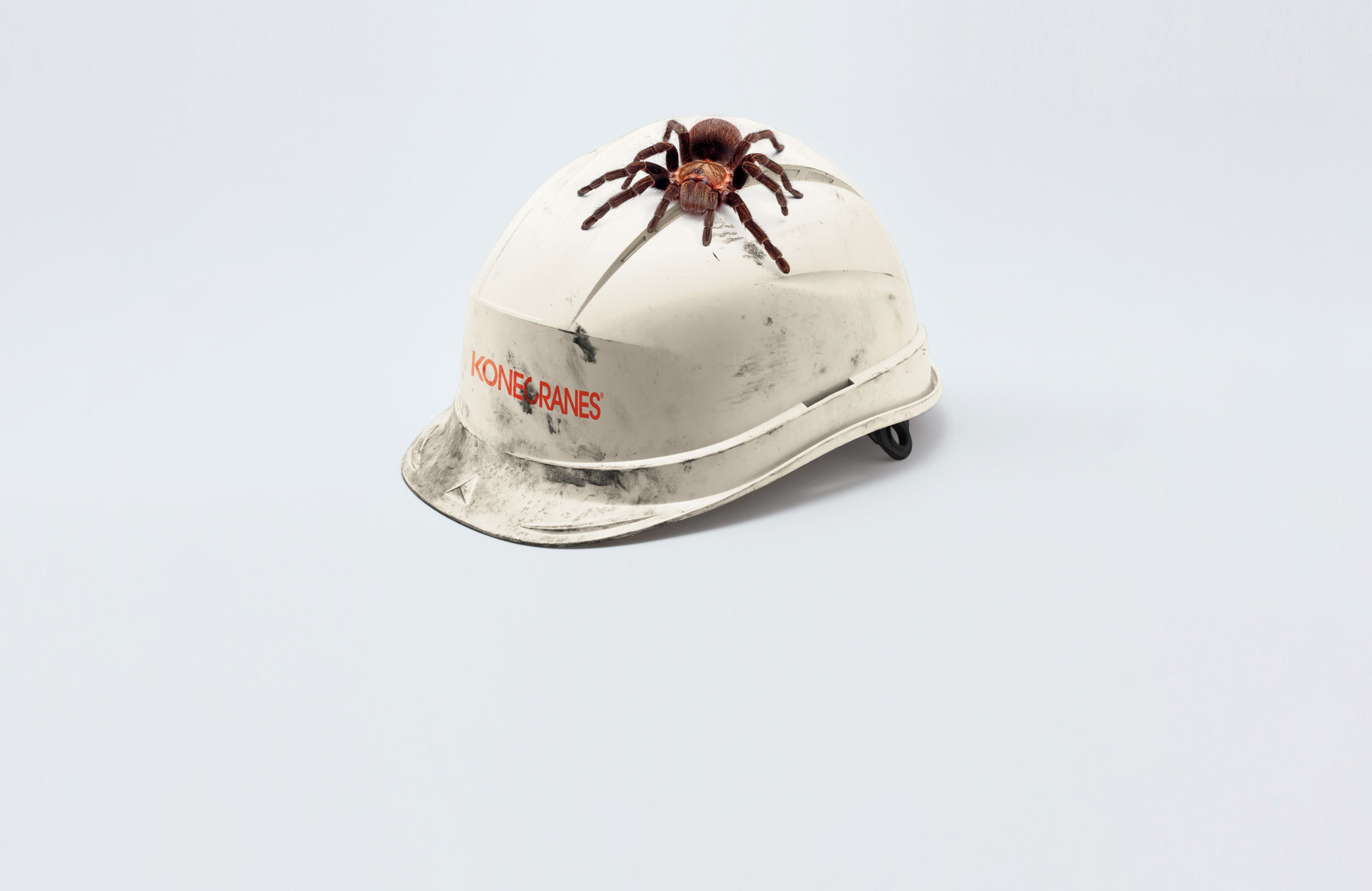 Our AGV concept from the 1980s was no one-hit wonder

There was a time when driverless ground vehicles sounded almost too futuristic, but our relentless work with ECT in the Port of Rotterdam to develop the first Automated Guided Vehicles (AGVs) in the 1980s has since led to a revolution in the efficiency and productivity of container handling in automated container terminals.

Today’s high-tech AGV wonders from Konecranes are Powered by Ecolifting. They run on Li-ion battery-stored electric power, a far cry from the first diesel-hydraulic generation. And they’re part of a complete system including infrastructure and software intelligence. Thanks to our ceaseless work, Konecranes is still by far the leader in the field of automated horizontal transport. 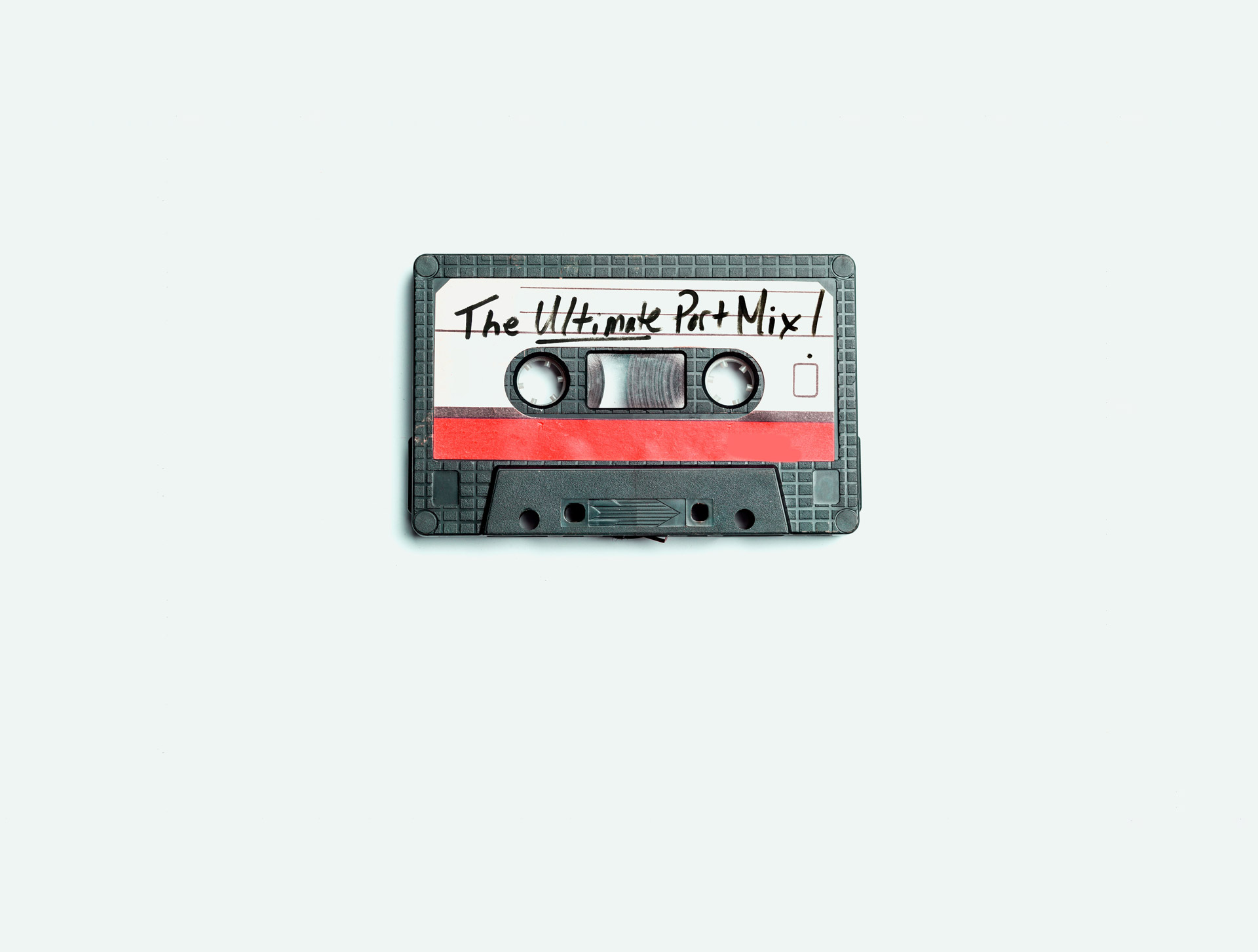 It’s funny how, when you’re trying to figure out what your customers need, you can just ask them and they’ll tell you. In great detail. That’s what we did in 1993. We commissioned Tommi, an eager young engineer, to visit some of the world’s major container terminals to get answers to a simple question: “What would the perfect RTG be like?” The reasoning was that, as he was not employed by Konecranes, he would get honest answers. And he did. Interview after interview, port after port. Finally, Tommi filed his report, and the rest is history.

The hydraulics-free Konecranes RTG, equipped with the revolutionary Active Load Control system, was born. Today, after a quarter century of growing popularity, it is still the industry benchmark with a host of recent innovations. For example, it’s part of the Path to Port Automation, meaning you can try out supervised operation and remote operation concepts in manageable steps, stack by stack. Full automation can be the goal, but it doesn’t have to be. Flexibility is the key. 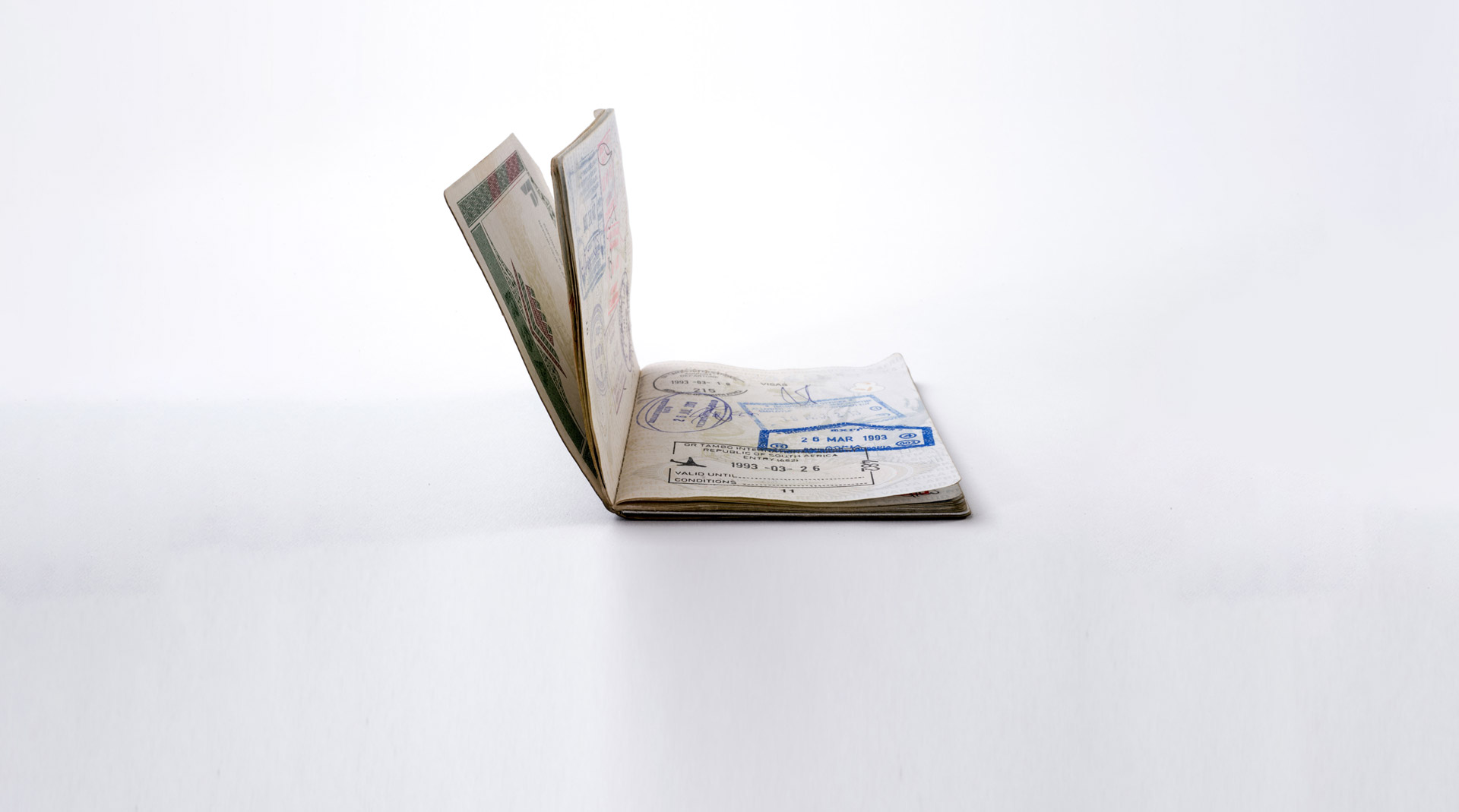 When our motor wasn't running evenly we knew where to look

And it wasn’t the motor. TRUCONNECT® real-time operating data from one of our RMG cranes indicated that there was a clear spike in torque during gantry travel at a certain point. A quick visit to the customer’s site on the west coast of the USA revealed the cause, a dodgy section of rail that made the crane travel unevenly. This was easily fixed. Thanks to early intervention enabled by real-time data, expensive damage to the crane’s motor and gears over time was avoided. 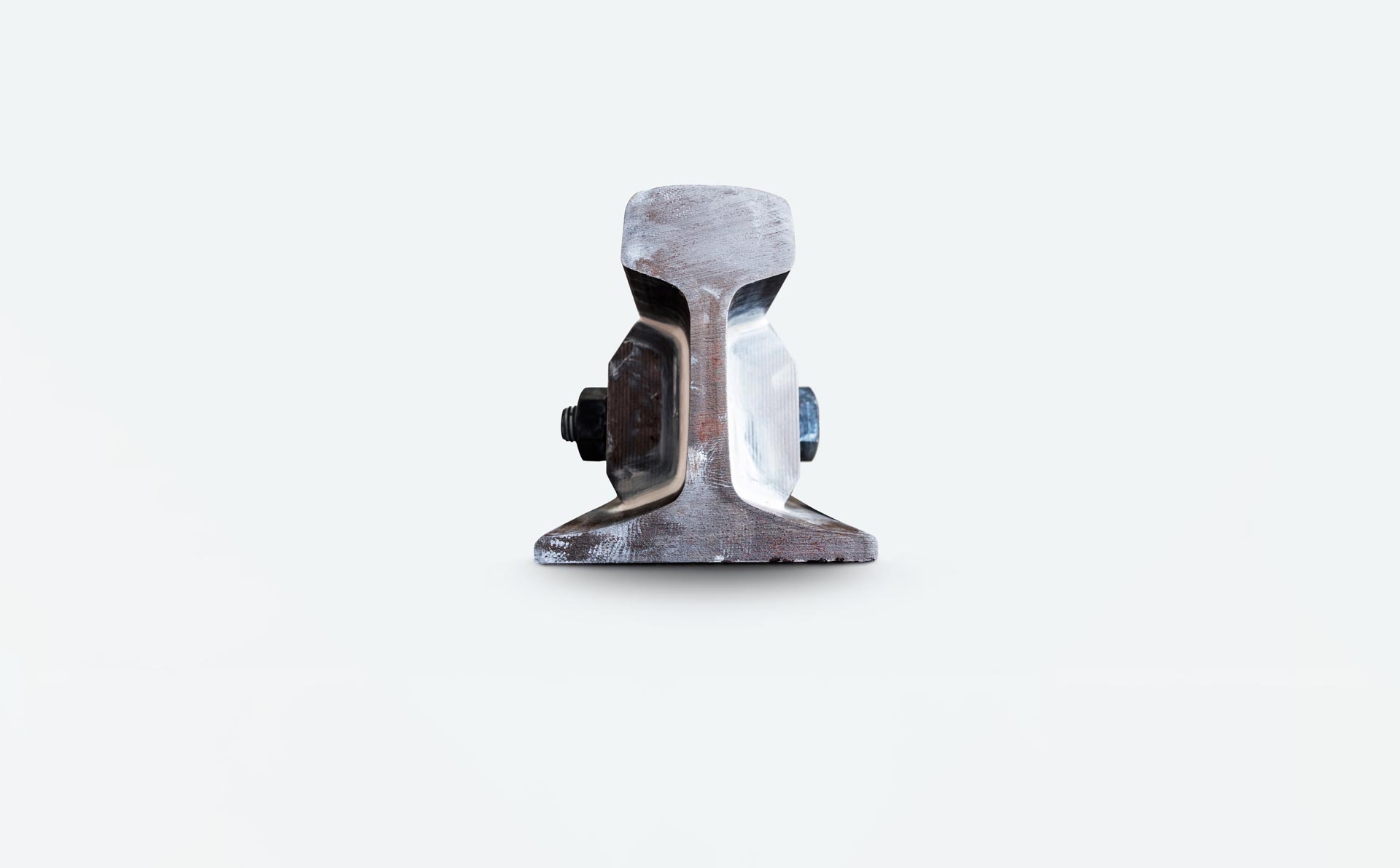 Tru-story of an engineer who couldn't sleep

Midsummer in Finland can be a nightmare for insomniacs. Teijo, a Konecranes engineer, tried all sorts of remedies to fall asleep one sunny Midsummer night. Nothing was working. In frustration, he opened his laptop. There was a message from the field crew of a customer in Slovenia: something was wrong with one of their Konecranes RTGs. Teijo wasn’t just connected, he was TRUCONNECTed, so he was able to get to the root of the problem remotely. He fixed it in five minutes.

In these pandemic days, the ability to connect remotely to container handling equipment is more important than ever. TRUCONNECT® real-time operating data is part of Konecranes’ continuing effort to help our customers keep their equipment running safely and efficiently.

Behind one successful engineer was someone rolling their eyes

Nobody likes hydraulic oil, but it can be a necessary evil when you need lubrication in container handling machines. Still, Jorma had a problem. The washing machine boogie at Jorma’s house had slowed down to a blues. His spouse couldn’t stand the sight and smell of hydraulic oil on his clothes. What was a passionate crane engineer going to do?

Well, Jorma did like our engineers do when they are faced with a challenge. He decided to find a better solution. And he did. The no-hydraulics, all-electric RTG he designed was an immediate success, and his homelife improved too. 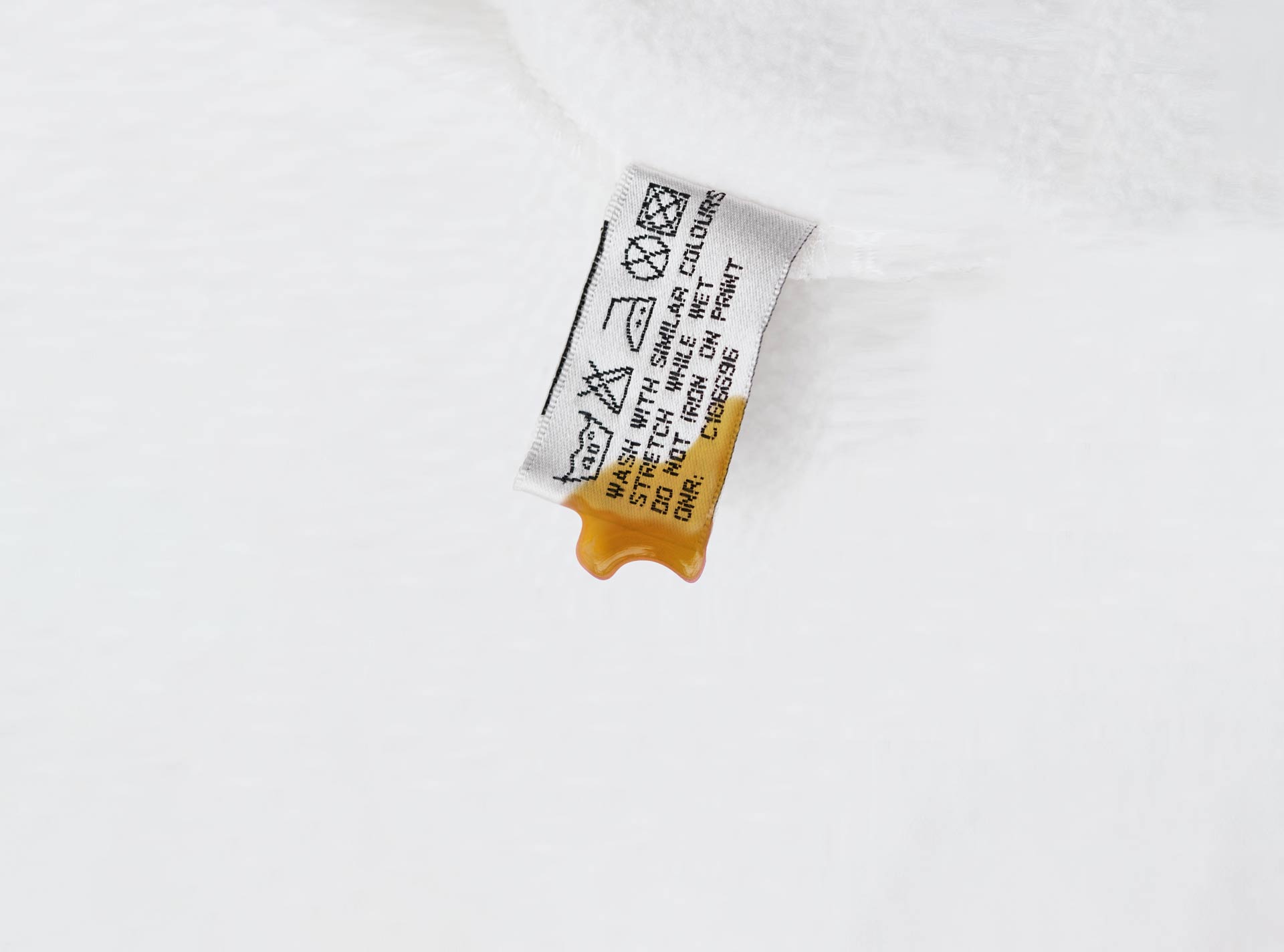